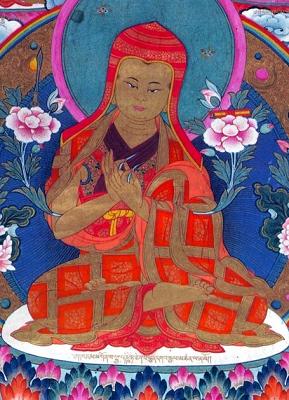 I reverently bow at the feet of the Holy Guru! The glorious Sakya Pandita wrote the following lines to Nyimo Gomchen, a contemplative filled with faith and spiritual aspiration, applying himself earnestly to his practice: In response to your questions:

This concludes my responses to the questions of the contemplative Nyimo Gomchen.
(This unedited translation was prepared under the guidance of Lama Tashi Namgyal by B. Alan Wallace (Gelong Jhampa Kelsang) at ©Sakya Thubten Kunga Choling in Victoria, B.C., August 1984). http://www.szakja.hu/english/teachings/SakyaPanditarespons.html