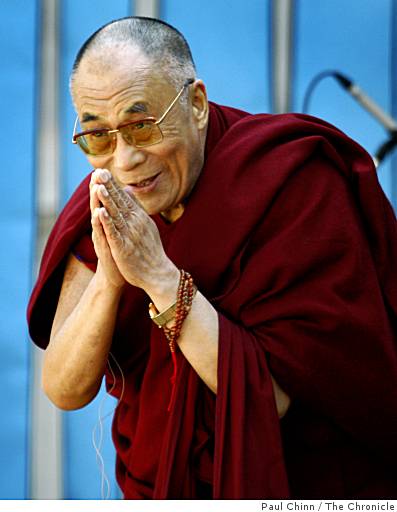 His Holiness the Dalai Lama: Whenever things appear to you, although they appear to have an independent or objective existence, you will know as a result of your meditation that this is not really the case. You will be aware that things are not as substantial and solid as they seem.

In the final verse, we read:

May all this remain undefiled
By the stains of the eight mundane concerns;
And may I, recognizing all things as illusion,
Devoid of clinging, be released from bondage.