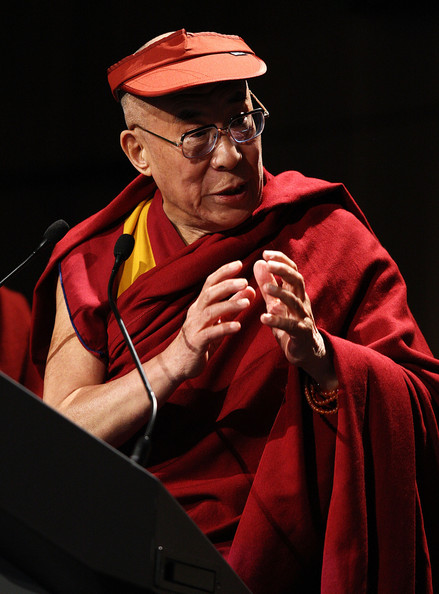 When I see beings of unpleasant character
Oppressed by strong negativity and suffering,
May I hold them dear-for they are rare to find-
As if I have discovered a jewel treasure!

His Holiness the Dalai Lama – This verse refers to the special case of relating to people who are socially marginalized, perhaps because of their behavior, their appearance, their destitution, or on account of some illness. Whoever practices bodhichitta must take special care of these people, as if on meeting them, you have found a real treasure. Instead of feeling repulsed, a true practitioner of these altruistic principlesshould engage and take on the challenge of relating. In fact, the way we interact with people of this kind could give a great impetus to our spiritual practice. In this context, I would like to point out the great example set by many Christian brothers and sisters who engage in the humanitarian and caring professions especially directed to marginalized members of society. One such example in our times was the late Mother Teresa, who dedicated her life to caring for the destitute. She exemplified the ideal that is described in this verse.

It is on account of this important point that when I meet members of Buddhist centers in various parts of the world, I often point out to them that it is not sufficient for a Buddhist center simply to have programs of teaching or meditation. There are, of course, very impressive Buddhist centers, and some retreat centers, where the Western monks have been trained so well that they are capable of playing the clarinet in the traditional Tibetan way! But I also emphasize to them the need to bring the social and caring dimension into their program of activities, so that the principles presented in the Buddhist teachings can make a contribution to society.
I am glad to say that I’ve heard that some Buddhist centers are beginning to apply Buddhist principles socially. For example, I believe that in Australia there are Buddhist centers which are establishing hospices and helping dying people, and caring for patients with Aids. I have also heard of Buddhist centers involved in some form of spiritual education in prisons, where they give talks and offer counselling. I think these are great examples. It is of course deeply unfortunate when such people, particularly prisoners, feel rejected by society. Not only is it deeply painful for them, but also from a broader point of view, it is a loss for society. We are not providing the opportunity for these people to make a constructive social contribution when they actually have the potential to do so. I therefore think it is important for society as a whole not to reject such individuals, but to embrace them and acknowledge the potential contribution they can make. In this way they will feel they have a place in society, and will begin to think that they might perhaps have something to offer. http://www.dalailama.com/teachings/training-the-mind/verse-4