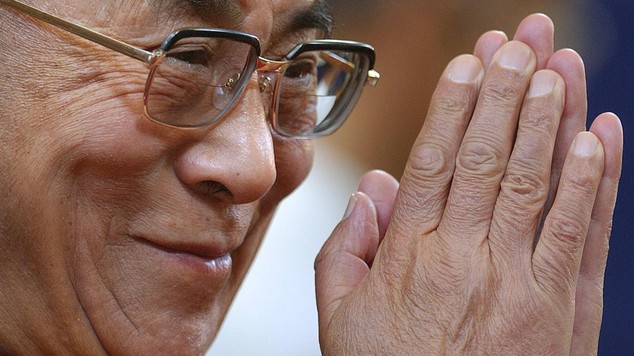 Vaishravana is appropriate for those who observe pure morality. There is special reason for this, for although all protectors must be good for such people, Vaishravana is particularly pleased by purity. As those of middling scope are primarily concerned with ethical purity, Vaishravana is the appropriate protector for them. Those of lowest scope are primarily concerned with observing the law of cause and effect. As Dharmaraja is the witness of wholesome and unwholesome actions he is their protector. As has been said “Damchen (Dharmaraja) treasures the judgement of wholesome and unwholesome actions more than his life.” So, in the Gelugpa tradition it is said that one should practice according to the presentation of the persons of the three scopes.

These three being fundamentally important there is no need of a protector other than these for the Gelugpas. Amongst Mahakala, Dharmaraja and Vaishravana, Mahakala and Dharmaraja are the most important, and of them Damchen Choegyal (Pledge-holding Dharmaraja) is the most important. I used to say by way of a joke, “Gelugpas will only need to look look for a new protector on the day that offerings and requests for prayers come because Damchen Choegyal is dead.” Until then Gelugpas do not need another Dharma-protector. This statement carries some weight.

It won’t do any good to rely on a new deity or any others while customarily accepting a Dharma protector who Je Rinpoche bound by oath and who was also specifically bound by Je Sherab Seng-ge. This is something to be examined, not merely accepted because it appears to be good. Nevertheless, some highly realised lamas do rely on various Dharma protectors according to their personal preference. This reflects their own inconceivable practice, but this is none of our business, is it?

As the Dalai lama, although I am not qualified, I am the only person to uphold the common cause of Tibet. Because this relates to our common cause I have no choice but to talk, even though it may seem like a slap in the face for some. Anyway, there have lately been some problems concerning the protector Gyalchen Shugden, those of you who live in India know well about this and I don’t have to repeat it to you. But, if those of you from Tibet accept him merely on the basis of his reputation as a great protector of the Gelugpas, it will not do any good for Tibet, either religiously or politically.

As I have already mentioned one should rely on the category of wrathful protectors according to the form in which they appear to the disciples. As this is the case and as the most inconceivable matters are beyond our perception, the situation will only change when we have gradually gained insight into wisdom and method on our mind streams and have reached a point where we are individually capable of analysing each and every situation with wisdom. Until we reach a point where we understand the most inconceivable secrets, we must go along with what conventionally appears to us as disciples. Therefore this is the basis on which I am talking to you now.

When we speak of the origins of the present Gyalchen Shugden, he arose out of a conflict with the great Fifth Dalai Lama, not out of his closeness with the Dalai Lama. The Fifth Dalai Lama was the founder of the Ganden Phodrang government and because of that, even today people in Tibet refer to me as Gyalwang (Powerful Lord) Tenzin Gyatso. Although I am not up to the job, especially in the present crucial circumstances for Tibet, I am the person who has to bear the responsibility. Due to my prayers in past lives and due to my special karmic connections with the Tibetans in general, I was selected as a small boy in a remote part of Amdo as the reincarnation of the Gyalwa Rinpoche (The Dalai Lama), and so I came to central Tibet. So, whatever I am as an individual according to the level of my own personal practice, from amongst the common mass of Tibetans I have come to sit on this throne of the Dalai Lamas. By holding the position of the Fifth Dalai Lama I am supposed to follow what he did, this is the reason I have to interfere.

Due to the antagonism between the Ganden Phodrang of the Fifth Dalai Lama and the upper chamber of Tulku Dakpa Gyaltsen and because of inner and outer inauspiciousness this problem arose. There is no reason why I personally should say “Gyalchen Shugden you have done good or bad” – for I personally do have some relationship with him, but after sometime this became inappropriate in my dealing with questions of Tibet’s religion and politics. Not only that, but even in terms of merely Gelugpa matter it seems there is some problem in the context of Damchen Choegyal’s position. Therefore, we should deal with these things based on an awareness of their conventional appearance to ordinary disciples. We Gelugpas consider the validity of conventionality to be very important, don’t we? When we speak of the validity of conventional appearances, the importance lies in the perception of the initial level of beings. Why? because reasons should accord with the principles of causality.

Isn’t the great Tsongkhapa’s view that conventional validity is explained primarily from the point of view of the mode of apprehension of a sentient being on the ordinary level? These are some points to think about.

There is still one thing I should tell you, we are not forbidden to rely on these categories of wrathful deities, local protectors and earth deities, we are permitted to propitiate them. But when propitiating them we do so in the way we would treat our close friends. For instance, if we hire a worker, we give him food and ask him to help for just that day, which is not like relying on a guru or even like a refuge. We simply hire a fellow. Similarly, offer a ritual cake to those wrathful protectors at the place where you practice and seek their virtuous activity. This is the way it is permissible to rely on them.”