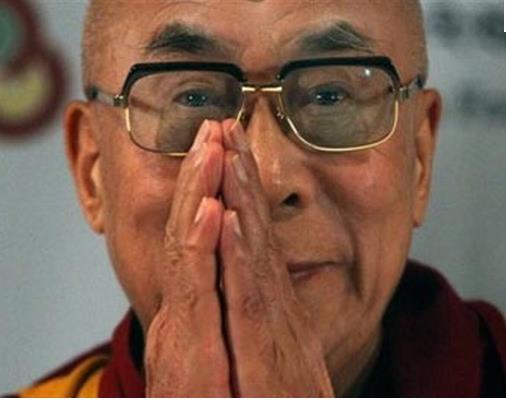 H.H. Dalai Lama: I am basically optimistic. And I see four reasons for this optimism. First, at the beginning of this century, people never questioned the effectiveness of war, never thought there could be real peace. Now, people are tired of war and see it as ineffective in solving anything.

The Dalai Lama on China, hatred, and optimism —

A conversation with Robert Thurman

When the Dalai Lama Accepted the 1989 Nobel Peace Prize for his work on global human rights — particularly for his ceaseless efforts to free his country from Chinese rule — he referred to himself as “a simple monk from Tibet.” But His Holiness is also the spiritual and political leader of 6 million Tibetans, who believe him to be the 14th earthly incarnation of the heavenly deity of compassion and mercy. Like his 13 predecessors, he works for the regeneration and continuation of the Tibetan Vajrayana branch of Buddhist tradition. END_OF_DOCUMENT_TOKEN_TO_BE_REPLACED