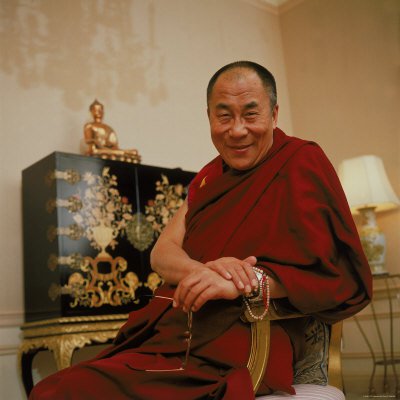 His Holiness the Dalai Lama: The implication of the mind being clear and luminous is that all the pollutants of the mind—the afflictions and the propensities for affliction—are adventitious, or removable.

The two sessions of teachings today have been organized primarily for the benefit of the Vietnamese Buddhist community but we also welcome here Buddhist brothers and sisters from other traditions and nationalities as well. This morning I’ll give the initiation of Avalokiteshvara, the Greatly Compassionate One, and this afternoon will give a teaching on the practice of the sadhana of this deity.

I’m very happy to have this opportunity to offer Dharma teachings to the Vietnamese community, which has suffered a lot in recent history, and to the others here, who come from different countries, with different languages and different cultures. However, despite this diversity, we are all followers of the same teacher, Buddha Shakyamuni. And historically, since Buddhism arrived in China four hundred years before it came to Tibet, and from China also went to Vietnam and Korea before Tibet, Vietnamese Buddhists are senior members of the Buddhist community.

The Samdhinirmochana Sutra, the Sutra Unraveling the Intention of the Buddha, mentions three turnings of the wheel of Dharma. The first of these contains the Buddha’s teachings on the four noble truths1; the second is on the perfection of wisdom; and the third includes sutras like the Samdhinirmochana.

The first turning of the wheel of Dharma lays out the foundation and framework of the Buddhist path. Connected with this the Buddha also gave teachings on monastic discipline, the vinaya, where he explained how the monastic community is of utmost importance in upholding, sustaining and developing the Buddhadharma. Therefore it’s wonderful to see here today a large number of sangha members, especially Vietnamese ones, including both bhikshus and bhikshunis and male and female novices. I was once told that the Vietnamese tradition still contains a reliable bhikshuni lineage that can be traced back to the Buddha himself and I was very impressed when I heard that.

The main thing the Buddha taught in the second turning of the wheel, the perfection of wisdom sutras, was emptiness.

In the first turning, the teaching on the four noble truths, the Buddha taught on the basis that all phenomena possess intrinsic reality, but in the second he said that all phenomena are devoid of such inherent existence. When some people see on the empirical level that things come into being, cease to exist and that there’s cause and effect, they understand the various functions on the level of conventional truth but they can find the idea that all phenomena are devoid of inherent existence difficult to uphold in their mind. So for their benefit, in the third turning, the Buddha gave teachings on the three natures.

The third turning also contained sutras such as the Tathagatagarbha (Essence of Buddhahood) Sutra, where the key teaching is on the nature of mind as clear light, as clear and luminous, and it is on the basis of this teaching that the Vajrayana evolved.

The implication of the mind being clear and luminous is that all the pollutants of the mind—the afflictions and the propensities for affliction—are adventitious, or removable. It is because (1) the nature of the mind is clear light and the pollutants have not penetrated the essential nature of mind and (2) the afflictions and their imprints are based on a distorted state of mind and can therefore be removed by the cultivation of powerful antidotes, that pollutants are removable and that the potential for attaining the qualities of the Buddha, such as the ten powers2 and so forth, lies naturally within all of us.

Although the seed for attaining the four Buddha bodies, the four kayas, exists naturally within all of us, there are obstacles to its expression, the key obstacle being our distorted perception of reality, particularly our grasping at self and inherent existence. However, by practicing deity yoga, the essence of Vajrayana, where we visualize ourself as a deity, we can overcome these afflictions, and the main factors in the practice of Vajrayana are cultivation of the innate mind of clear light and an understanding of emptiness. But before we can engage in any Vajrayana practice our mind must first be enhanced and prepared by an initiation ceremony, such as the Avalokiteshvara initiation we are doing this morning.

I received the transmission of this initiation from my regent, Tadrak Rinpoche, and my senior tutor, Ling Rinpoche, and on that basis have done many Avalokiteshvara retreats and much recitation of the six syllable mantra, OM MANI PADME HUM.3 The Thousand-Armed Avalokiteshvara lineage that the Tibetan tradition has received is that of Bhikshuni Palmo. In Tibet, the practice of Avalokiteshvara is very widespread and sometimes associated with fasting [nyung-nä].4

The initiation begins…the details have been omitted but a few of His Holiness’s general comments have been preserved.

In order to participate in the initiation ceremony the students need to try to understand the clear light nature of mind and emptiness and generate the right motivation.

In Vajrayana deity yoga practice, visualization and imagination are very important, so even during the initiation it is essential to dispel your ordinary perception and identity and cultivate the perception and identity of the meditation deity. To visualize yourself as the deity during the initiation you have to reflect on the nature of the person. As Nagarjuna says, the person is not the earth element, the water element, fire or anything else like that; the person is designated upon the collection of the six elements. Generally when we have a sense of self, we don’t understand this but have the impression that the self, or person, is independent of our constituent elements.

Therefore you should reflect deeply upon the fact that the person, or self, is merely a label designated upon the collection of the body and mind aggregates, the skandhas, and apart from the skandhas there is no independent, inherently existent self. Similarly, when you analyze the skandhas themselves, each is dependent upon its own parts. So what you come to recognize is that all phenomena originate simply on the basis of mere dependence upon other phenomena and therefore all phenomena lack inherent existence.

Then you imagine that the mind that has understood the emptiness of the person—that the person has no inherent existence—this very understanding of emptiness itself transforms into the deity, Avalokiteshvara, with one face and two arms.

Also you need to cultivate a sense of rejoice for our great fortune in being able to engage in the practice of the Vajrayana. In general, the coming of the Buddha to the world is very rare, the Dharma teachings are particularly rare, and the Vajrayana teachings are extremely rare indeed. Therefore we must rejoice that we have the opportunity to receive and practice these teachings.

It is important to reflect upon bodhicitta, the awakening mind, and the view of emptiness on a daily basis and it would be excellent if you could gradually get to the point where you can recall these two minds even in your dreams. If you can, then at the point of death, as long as the gross levels of consciousness remain active, you will be able to retain your recollection of bodhicitta and understanding of emptiness. Then in your next life, even if you can’t remember them you’ll still have strong imprints such that even a simple circumstance can activate this seed to give you a better understanding. http://www.lamayeshe.com/index.php?sect=article&id=422