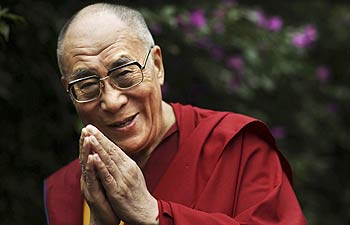 His Holiness the Dalai Lama: “From the beginning of our training it is important to train in ethics along with meditative stabilisation”.

First part of His Holiness the Dalai Lama’s teachings November 30 – December 13, 2012 on the 18 Great Stages of the Path (Lam Rim) Commentaries, including Atisha’s “Lamp for the Path to Enlightenment (jangchup lamdron)”, Tsongkhapa’s “Great, Middling, and Concise Treatises on the Stages of the Path to Enlightenment (lamrim chenmo, lamrim dringpo and lamrim dudon)”, and 14 other classic Lam Rim texts at Gaden Monastery and Drepung Monastery in Mundgod, Karnataka, India, see and video here http://www.dalailama.com/webcasts/post/267-18-great-stages-of-the-path-lam-rim-commentaries. Translated from Tibetan into English by Mr Tenzin Tsepag. Trascript by Dr. Peter Lawrence-Roberts, first revision and editing by Dr. Luciano Villa within the project “Free Dalai Lama’s Teachings” for the benefit of all sentient beings. We apologize for possible errors and omissions.

We have eight great Lamrim texts as well as a further ten. There is a tradition of giving the transmission for all eight texts together. It is 610 years since Lama Tsong Khapa wrote the great Lamrim Chenmo. Many became realised great masters simply by studying and practising the Lamrim Chenmo.

The Lamrim Chenmo has interested masters from all traditions of Tibetan Buddhism.

There is significance in teaching all eight texts together as any points that are not clear from studying one can be made clear by studying another. Consider the three texts written by Lama Tsong Khapa, as well as Atisha’s text, this year at Gaden and Drepung monasteries and then complete the cycle at Sera Monastery next year. This will include the Lamrim Chenmo, the Middle Length Path to Enlightenment and the Song of Experience, together with Atisha’s Lamp For the Path to Enlightenment.

These texts give real insight into the depths of the Dharma. It is important to consider the entire teachings of the Buddha. The Lamrim texts can give an understanding of the entire teachings. The six preliminary practices generally accompany any teachings on the Lamrim, but time doesn’t allow us to do this.

The Heart Sutra in Tibetan uses the word “even” when it says “even” the aggregates are empty of intrinsic existence. This ‘even’ is missing in the Chinese, Vietnamese and Korean. In his first teaching the Buddha taught the selflessness of the person. In the second turning of the Wheel of Dharma he taught the emptiness of the aggregates. So the ‘even’ is important.

I received teachings on the Lamrim texts from different lineages. My senior tutor, Ling Rinpoche, had received it from the Thirteenth Dalai Lama.

The motivation for listening to the teachings must be with bodhicitta, and so for the benefit of all sentient beings.

The Buddhadharma is two-fold. There are both scriptural teachings and the teachings on realisation.

We need a good understanding of the Dharma. Lama Tsong Khapa says that from the depths of his heart he pays homage to the Buddha. We need to understand not just the qualities of the Buddha, but to trust that he saw truth as it really is and gave teachings from his own experience. We should judge him by his behaviour and not by his physical attributes. We need to check our behaviour and knowledge continuously.

Lama Tsong Khapa said that all the Buddha’s teaching is based on Dependent Origination with a cultivation of great compassion. Even after attaining enlightenment the focus of a Buddha is to benefit all sentient beings.

Buddhism teaches that things come from causes and conditions. These cannot be incompatible causes and cannot be permanent causes.

We should also follow the principle of doing no harm. Even if we cannot help people, at least we can do no harm.

In order to attain liberation we need to understand the teaching of the Twelve Links of Dependent Origination. Ignorance is a distorted perception. That is things appear to us as if they have objective existence. Things are merely designated by our conceptions. They have no solid intrinsic or objective existence. However, even some Buddhist schools teach that there is objective existence.

The term ‘Lamrim’ started with Atisha. He was invited to Tibet and requested to give a teaching that would be of benefit to Tibetans. Then came the Stages of Meditation presented by Kamalashila. He emphasised using our intelligence to make the right kind of judgement.

Atisha’s text was written for Tibetans. Lama Tsong Khapa’s was intended for those who had studied the Prajnaparamita texts and Madhyamaka philosophy. Important texts should be studied and not just put on altars!

Lama Tsong Khapa summarised the principles of many previous important texts in the Lamrim Chenmo.

‘Enlightenment’ in Tibetan has the connotation of clearing away the defilements in our mind. They cannot be overcome simply by prayers. Rather this must be done by increasing accurate knowledge, the understanding of emptiness and impermanence. We must train our mind.

If defilements are in the intrinsic nature of mind then there is no way we can overcome them. Rather, the mind is luminous and these are simply distorted perceptions. Understanding the emptiness of the mind is Nirvana. Mind can be aware and recognise everything as it really is. We can uproot defilements from our mind. Atisha’s text shows the path for overcoming the defilements in our mind stream. We can turn our mind away from samsara.

Lama Tsong Khapa teaches in his text how to attain a higher rebirth and the means leading to that goal. There are four principle ways to train the mind: focussing on the four thoughts: precious human birth, impermanence, karma and samsara.

Buddhahood doesn’t come without causes or from incompatible causes, but rather through the accumulation of merit and wisdom over countless eons. The best way for us to help sentient beings is to obtain the form body of a Buddha.

The main attribute of a Buddha is his teaching. For this he needs speech and so needs a form body. Buddha’s body, speech and mind are of one taste, so wherever one aspect is the other two will be. This is not true of us. Our mind is rarely where our body is!

It is necessary to really understand the Dharma, not just to practice without real study and understanding. The first Dalai Lama said that the purpose of study is to discipline one’s mind. Having studied, we often develop an attachment to our tradition and we can develop partisanship. His Holiness says that with a biased mind and attitude we cannot achieve peace. It is vital to be unbiased. We have to be able to uphold our own tradition well, but we can gain great insight by having a knowledge of other traditions. For example, the Dzogchen teachings of the Nyingma tradition can be of huge benefit. We can learn different ways of analysis and thereby gain insight. So we should not neglect texts, saying they belong to other traditions.

We should not base our understanding just on scriptural authority since the Buddha taught things in different ways. Ultimately, we need to use reason. Lama Tsong Khapa stressed this. The Buddha encouraged us to examine his teachings just as one tests gold for purity, and not just accept the teachings out of devotion.

It is a fact that the whole world will not become Buddhist. So we need to respect all religious traditions and not foster divisions.

Lama Tsong Khapa encourages us to develop spiritual depth through reason and not just by quoting texts. Buddhism focusses on reason and logic and never on blind faith.

The Nalanda masters taught the Three Purities: purity of mind, purity of teaching and purity of the disciple’s mind. It is crucial to have that aspiration.

Within the Lam Rim texts there is explanation, guidance through experience and instruction. We will not gain much by merely listening to the teachings. We need to go back over them, analyse them, consider what they mean and meditate on them. We need to understand the Four Noble Truths, the Two Truths, the Three Jewels and so on.

From the beginning of our training it is important to train in ethics along with meditative stabilisation, which helps get rid of distractions.

Atisha revived Buddhism in Tibet, which was on the point of extinction.

When we talk of the omniscient mind, we mean one that understands all phenomena. Some suggest that just with a calm mind we can achieve Nirvana. But we need to practice and have full understanding. The gross level of mind which distracts us has to be stopped. This involves more than simply calming the mind.

The traditional focus at Nalanda on logic, reason and debate has set Buddhism in good stead for discussions with scientists and others. Shantarakshita, a great scholar, insisted on this focus.

We should not be satisfied with merely the designation of something, but rather we need to analyse and thoroughly examine it.

Some have the name and title of Tulku or Rinpoche but do not behave accordingly. Their behaviour and teaching is often not really Buddhism, but rather Lamaism. The title Lama often suggests social status in Tibetan society. We should analyse our behaviour and examine what we do and ensure it is in accordance with the teachings. This also applies to those who have taken Vinaya vows.

The concept of liberation often exists in other faiths. This does not represent heaven in Buddhism. Rather, it is when we have a mind free of defilements and delusions. Nagarjuna said the mind full of destructive emotions will be destroyed by the very suchness of the mind itself. The nature of mind is clear light or emptiness. The defilements in the mind clouds this.

We should not teach others aspects of Buddhadharma until we understand it ourselves first. It is important that we study all the texts, including those of the lower schools, if we are to help all sentient beings. Remember that by all sentient beings we are also including non-human beings.