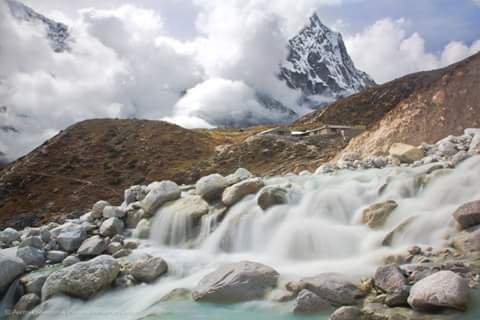 Who better to reveal the truth than we who were once inside the organisation?

Declaration concerning the demonstrations against His Holiness the Dalai Lama

We, the undersigned, as former members of the New Kadampa Tradition (NKT), and ex-practitioners of Dorje Shugden, are appalled and saddened that those who were once our NKT sangha demonstrate against and defame His Holiness the Dalai Lama.

Inaccuracies and distortions of what we know to be the truth have been published as fact. The New Kadampa Tradition currently operates as the ‘International Shugden Community’ (ISC) and also as the ‘Western Shugden Society’ (WSS). Many allegations and insults are made against His Holiness which are completely unwarranted.

At demonstrations and on numerous web sites and Facebook pages, the NKT/ISC viciously attacks the reputation of His Holiness. We have tried to address inaccuracies with the group, but without success. We believe it is time to speak out with one voice.

Here we highlight a few of the issues created by the New Kadampa Tradition, their leader Kelsang Gyatso, and his followers:

2) The ‘NKT/WSS/ISC’ claim that His Holiness the Dalai Lama has gone against all his teachers, broken his samaya and destroyed the lineage of Je Tsongkhapa by rejecting the practice of Dolgyal Shugden. His Holiness states that after conducting extensive research into the history and problems of Shugden practice, he consulted with his Junior Tutor Trijang Rinpoche and explained the reasons why it was his duty to reject this practice. The historical record shows that Shugden practice is often contentiously associated with sectarian views and ‘distorted aspiration’ and was viewed as problematic by His Holiness’ Senior Tutor, Ling Rinpoche. In fact, in this action His Holiness was actually following a course which, according to Buddhist scriptures and past masters, as Kelsang Gyatso himself states, is absolutely correct and appropriate.

In his book Clear Light of Bliss Kelsang Gyatso states: “When deciding which doctrine to rely upon, we should not be satisfied with the fame or reputation of a particular teacher, but instead should examine what he or she teaches. If, upon investigation, we find the teachings reasonable and faultless, we should accept them, but if they lack these qualities we should reject them, no matter how famous or charismatic their expounder might be.”

Kelsang Gyatso therefore contradicts his own advice when he asserts that His Holiness has broken his samaya with Trijang Rinpoche.

3) Kelsang Gyatso also claims that by rejecting one particular protector practice, this means that His Holiness the Dalai Lama is rejecting all Gelug teachings, the lineage of Je Tsongkhapa. His Holiness has not rejected all Gelug teachings and still holds his lineage gurus in the highest esteem. Kelsang Gyatso, however, is never seen in public with any teachers connected to the lineage he claims to represent. He is alone, without the influence of either peers or superiors. He created the NKT in 1992 after a schism with another Tibetan Buddhist group which invited him to the UK to teach in 1977 and whose property he then kept as the ‘mother centre’ of the NKT.  In 1996 he was unanimously expelled from Sera Je Tibetan Buddhist monastery, where he trained, for being a ‘holder of broken commitments and wrong view’. As he is the only Tibetan teacher in his own tradition of ‘Modern Buddhism’, with his own ‘new’ ordination and no study of the traditional Vinaya teachings of Buddha Shakyamuni, he also effectively isolates his own students from the wider Buddhist world.

4) In 1998 Kelsang Gyatso stated that the NKT would no longer be involved in any further demonstrations against His Holiness the Dalai Lama. He admitted that the Shugden issue was, in reality, an issue of Tibetan politics and promised that the NKT would not take part in any further inappropriate actions. Since then Kelsang Gyatso and the NKT have organised two further rounds of protests, one beginning in 2008, and the latest round currently being staged.

5)  In 2008 Kelsang Gyatso wrote to all his dharma centres stating that he was personally organising the NKT’s participation in the protests. He also said the protests were being organised by a group called the Western Shugden Society (WSS). A simple check reveals that all the Directors of WSS were and are members of the New Kadampa Tradition. Yet the NKT often denies that they have any connection to the WSS. Kelsang Pema, Gyatso’s former assistant, informed journalists that the WSS had no leader.

6) Even if the NKT say that it is only an ‘individual decision’ for a student to support the protests, we know that at present the ISC directly and actively recruits protestors and fundraises for demonstrations against His Holiness the Dalai Lama inside NKT centres.

7) The 2014 NKT campaign is delivered by its latest front group, the International Shugden Community. Currently, the ISC has two registered groups. In Norway ISC records show the Executive Director and Chairman to be NKT teachers. The ISC US based non-profit company in California shares an address with a large health food company of which Len Foley, an ex NKT teacher, is CEO. His wife, Rebecca Gauthier, an NKT Resident Teacher, is also spokesperson for the ISC in the US.

The ISC front-man is a senior NKT monk named Kelsang Rabten. In his YouTube “News Broadcasts” Kelsang Rabten does not wear his monk’s robes and appears to be a professional journalist. He hides his status and biased position. One ISC video uses footage of young Burmese monks conducting traditional alms-rounds to fraudulently misrepresent the situation in India regarding the supposed ‘ostracism’ of Shugden followers. Techniques such as these are deceitful, designed only to exaggerate their claims against His Holiness.

8) The allegation that the Dalai Lama is engaging in repression of Freedom of Religion is, in fact, more relevant to the way the NKT itself operates. NKT Centres are dedicated to the exclusive devotion of Kelsang Gyatso. NKT centres and teachers are only permitted to teach from books written by Kelsang Gyatso. Teachers other than those trained by the NKT and appointed by Kelsang Gyatso are not allowed. Ordained NKT people and others are told they will be reborn in the hell realms and may not get enlightened if they leave the NKT.

9) There are many documented cases where the NKT threatened to sue using libel law and thus silenced other Buddhist organisations, umbrella groups, internet discussion forums and academics, authors and publishers. People inside the group can realistically fear social exclusion, illegal eviction or police arrest if they criticise policies. In our experience, the NKT generally prioritises the expansion of the group over the welfare of individuals. The NKT Survivors internet group numbers over 1,200 subscribers. There is no Dalai Lama Survivor’s group.

10) With the backdrop of continued Human Rights abuses against the Tibetan people, who number little more than 6 million in total, and the mass slaughter of an unknown number of Tibetans due to the Chinese occupation and colonisation often quoted as being more than one million, claims made by the ISC such as that ‘4 million Dorje Shugden practitioners are suffering’ are obviously lies.

No established Human Rights group or court has ever confirmed any of the NKT/WSS or ISC’s claims of intentional Human Rights abuses by His Holiness the Dalai Lama or the Central Tibetan Administration. In 2010 the Indian High Court rejected a law suit by Shugden followers because of ‘vague averments’ and ‘absence of any specific instances of any such attacks’.

We offer our support to the Tibetan people in their struggle to preserve their lives and their culture and question the intentions of those who use this culture but appear not to support this struggle.

Both in 1996-7 and in 2008 the demonstrations against His Holiness the Dalai Lama coincided with the public exposure on the internet of the alleged sexual misconduct of the Deputy Spiritual Directors of the NKT.

In view of the consistently unkind behaviour of his own organisation, we feel that Kelsang Gyatso and his students can have no moral right for making such attempts to discredit and defame His Holiness the Dalai Lama.

Those of us who once belonged to the New Kadampa Tradition are resolved to bring these inaccuracies, disinformation, and outright lies to light. Who better to reveal the truth than we who were once inside the organisation?