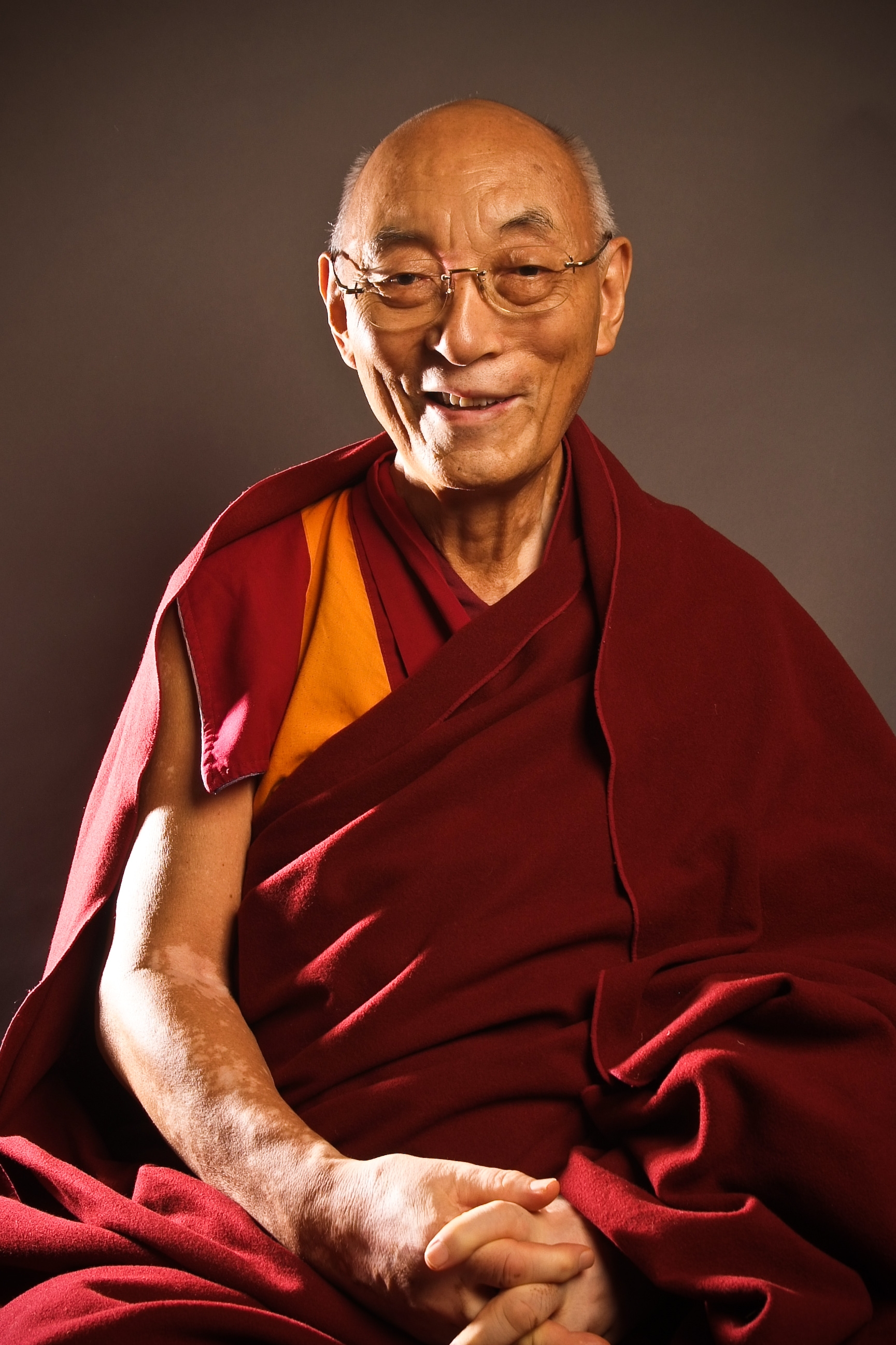 Prayer for the Swift Return of His Eminence Choden Rinpoche

Composed by His Holiness the Dalai Lama

Peerless expounder, pinnacle of the Shakyas,

who guides beings through teaching dependent origination; the seventeen panditas, victorious Losang, and the rest: Father and son, along with the lineage, please bestow excellent virtue.

Which are entirely unmistaken, pure by the three analyses1;

I make requests to the incomparable, glorious lama.

In this degenerate time, when the victor’s teachings are utterly disparaged,

While with great courage, through many hardships, Spreading the precious teachings in all directions,

This departure of the holy form body for peace – oh my!

In the midst of this atmosphere of great loss

for the teachings and beings, and in particular for the inhabitants of the Snow Land,

And swiftly return once again, as a new emanation,

a splendor for the teachings and beings.

Through the blessings of the Three Jewels and the ocean of victors, And the power of truth of the unchanging nature of cause and effect may our aims, just as we wish, without exception be accomplished easily without obstruction.

Colophon: In light of the mutual appeal of Choden Labrang, Sera Jey Lhopa Khangtsen, and the Rongpo district settlement, those at home and abroad, ordained and lay, and the students of Awakening Vajra Dharma Center, that we need a swift return prayer for Sera Jey Lhopa Choden Rinpoche, Losang Gyalten Jigdrel Wangchuk, holder of the treasury of general and particular teachings, who has gone to peace, I, the Shakya Bhiksu and expounder of Dharma, Dalai Lama Tenzin Gyatso, composed this on the 11th day of the 9th Tibetan month in the Year of the Wood Sheep of the Seventeenth Rabjung (Western year 2015, November 3rd). English translation by Gelong Tenzin Gache at Sera IMI House, Sera Jey Monastery, November 7, 2015.