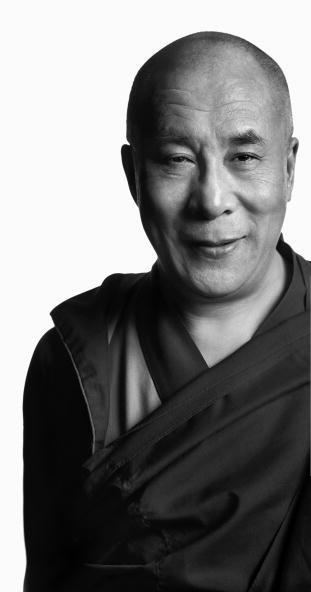 His Holiness the Dalai Lama: Make this firm resolution: “As a Dharma practitioner, from now on, I must work for the benefit of all sentient beings. I will attain buddhahood for their sake, to liberate them from suffering and lead them to enlightenment,”

Teachings given at Los Angeles, CA 2000 by His Holiness the Dalai Lama on Illuminating the Path to Enlightenment : The ceremony for generating Bodhicitta.

To participate in the ceremony for affirming and enhancing your generation of the altruistic intention, first visualize that Shakyamuni Buddha is here in person, surrounded by such disciples as Maitreya, Manjushri, Nagarjuna, Arya Asanga and the other great Indian masters of the past, whose writings we continue to enjoy and derive benefit from to this day and which serve to open our eye of awareness. Reflect upon the kindness of these masters, as well as that of the Buddha and the bodhisattvas. Also imagine the presence of the great masters from all four traditions of Tibetan Buddhism—Nyingma, Sakya, Kagyü and Geluk—going back to when Buddhism first started to flourish in Tibet in the seventh to eighth centuries. Practitioners from other Buddhist traditions should visualize the lineage masters and historical teachers of their own traditions in the assembly.

Then reflect on the fact that when you think of your own self-interest, regardless of your level of importance, you are simply thinking about the concerns of a single individual, but when you think of the interests of others, you are thinking about the welfare of an infinite number of beings. To sacrifice the welfare of countless others for the benefit of one, therefore , is not only foolish but also immoral. Furthermore, it is impractical, because it is a deluded way of trying to fulfill your own aspirations.

Next contemplate the idea that you have held this self-centeredness and self-cherishing attitude at the core of your being since beginningless time, continually trying to fulfill your basic aspirations to be happy and overcome suffering from a self-centered perspective. But if you look at the situation you’re in today, you’ll see that actually, you haven’t made any progress, even after this infinite number of lifetimes. If self-centeredness really had the potential to bring you the benefits you seek, it should have done so by now.

Conclude, therefore, that under the control of self-cherishing since beginningless time, you have made one mistake after another, and now, it’s enough. Generate the strong determination never to travel this deluded path again. Compare yourself with great beings such as the Buddha and the bodhisattvas on the path to enlightenment and realize that all their achievements have come from working for others instead of for themselves. Make this firm resolution: “As a Dharma practitioner, from now on, I must work for the benefit of all sentient beings. I will attain buddhahood for their sake, to liberate them from suffering and lead them to enlightenment,” and with that, participate in the ceremony for generating bodhicitta.

In the eighth verse of A Lamp for the Path, Atisha recommends that the bodhicitta ceremony be preceded by the seven-limb puja. If you are participating in this ceremony in order to generate bodhicitta, don’t simply listen to my explanations as a lecture, but fold your hands to your heart and pay attention with deep faith in the buddhas and bodhisattvas. Otherwise, you can just listen as normal.

The first of the seven limbs is the paying of homage. Reflect upon the qualities of Buddha, Dharma and Sangha, particularly the qualities of the Buddha’s enlightened body, speech and mind, such as his omniscient mind, his perfection of the altruistic aspiration and his perfection of the wisdom realizing emptiness. Then cultivate the aspiration to gain the wisdom of the Buddha yourself, and with reverence born from deep admiration and respect for the qualities upon which you have reflected, pay homage to the Buddha.

The second limb is that of making offerings. Imagine offering whatever you own, such as your body and resources, to all the buddhas and bodhisattvas. You can also offer mentally everything else that exists in the universe. Most importantly, however, you should offer all your past virtuous actions of body, speech and mind. You can imagine these positive activities in the form of various articles of offering or you can reflect upon your entire collection of merit and, from the depths of your heart, offer it up to all the buddhas and bodhisattvas.

The third limb is the practice of confession, or purification. Reflect upon all the negativities you have ever created through body, speech and mind and how they are all causes for future suffering. Each and every one of us confronts both physical and psychological problems and difficulties; we are beset with sufferings without end, like ripples on a lake, one after the other.

As you think about this, understand that suffering does not arise without reason; every problem has its own cause, the root cause being your own negative actions of body, speech and mind. Imagining that you are in the presence of the noble assembly of buddhas and bodhisattvas, fully disclose all your negative actions and, cultivating a heartfelt sense of regret for them, commit yourself to purifying them.

Next is the limb of rejoicing. Reflect upon the wonderful enlightened qualities of the buddhas, particularly those of the historical Buddha. We all know that Shakyamuni Buddha was not a fully enlightened being right from the start. Initially, he was just like us—an ordinary being struggling on the path, with the natural weaknesses and limitations that we all have. What distinguishes the Buddha from us, however, is that he took the practice of bodhicitta to heart. He then embarked upon the path and, as a result of his efforts, eventually attained the fully enlightened state.

Therefore, in this practice, rejoice in the Buddha’s enlightened qualities and the entire path to enlightenment. Then focus your attention on the bodhisattvas on the last three of the ten bodhisattva grounds [Skt: bhumi], who have totally overcome their afflictive thoughts and emotions and are on the threshold of buddhahood. Reflecting upon such beings, develop a deep sense of admiration for their realizations and other spiritual attainments.

Then focus your attention on the bodhisattvas on the first seven grounds. Although they have yet to overcome the power of their afflictions, they are still arya bodhisattvas—bodhisattvas who have a realization of emptiness. Reflecting upon their qualities, develop a deep sense of admiration for them. Next, shift your attention to the bodhisattvas on the first two of the five paths, the paths of accumulation and preparation. They are almost at the same level as us, particularly those on the first path. In a sense, the bodhisattvas right at the beginning of the path are even more amazing than those who are more advanced, because despite being under the control of afflictions such as attachment and hostility, they still have the courage to commit themselves to the ideals of bodhicitta.

We should therefore feel the delight that parents do when their child takes its first faltering steps or speaks its first few words. They don’t criticize their child’s clumsy gait or limited vocabulary but instead are full of wonder. We can view bodhisattvas struggling at the beginning of the path in the same way, as amazing, awe-inspiring beings.

Having developed a deep sense of admiration for all bodhisattvas, next rejoice at the achievements and qualities of the arhats, who have gained complete freedom from samsara. Also feel a deep appreciation for the attainments of practitioners on the path to liberation.

Finally, rejoice at all the virtue accumulated by your fellow sentient beings and reflect particularly upon your own collection of merit. The fact that you have received a human rebirth endowed with the opportunity to practice Dharma is clear evidence that you have created much merit in the past—encountering the precious, sacred teachings of the Buddha and having an interest in practicing them can only be consequences of past virtuous acts. You have also engaged in many positive, altruistic activities in this life, so, recalling all this virtue, dedicate it to the welfare of all sentient beings and rejoice in the opportunities you have had to create all this merit.

The seventh and final limb is that of dedication. Dedicate all the merit you have ever accumulated, particularly that of taking the bodhicitta vow, to the well-being of all sentient beings and to the attainment of enlightenment for their benefit.

The actual ceremony for generating bodhicitta

The actual ceremony for generating the mind of enlightenment can be conducted on the basis of reading the following three verses. The first presents the practice of taking refuge in the Three Jewels; the second is the actual generation of the altruistic intention; the third helps enhance the mind that has been generated, to sustain it without degeneration.

Kneel on one knee, if that is convenient; otherwise, remain seated. While reciting these verses, contemplate their meaning. Remember that as bodhisattva practitioners, when you take refuge in the Three Jewels, you are taking Mahayana refuge, engaging in this practice for the benefit of all sentient beings, and are motivated by the thought of attaining enlightenment for their benefit.

With the wish to free all beings
I shall always go for refuge
To Buddha, Dharma and Sangha.

Until I reach full enlightenment,
Inspired by wisdom and compassion,
Today, in the Buddha’s presence,
I generate the mind of full awakening
For the benefit of all sentient beings.

As long as space remains
As long as sentient beings remain
Until then may I too remain
And dispel the miseries of the world.

In this way, generate the altruistic intention of bodhicitta. Although you have not taken a formal pledge, since you have generated bodhicitta here today, it would be helpful to ensure that your practice of bodhicitta does not degenerate. Therefore, it would be very beneficial for you to recite and think about the meaning of these three verses on a daily basis. http://www.lamayeshe.com/index.php?sect=article&id=398