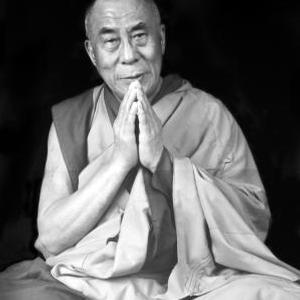 In Response to the Shugden Protestors’ Allegations

Some recent visits of His Holiness the Dalai Lama to North America, Europe and Australia have attracted protests from a vocal group calling themselves members of the International Shugden Community. Carrying banners and shouting defamatory slogans, such as “False Dalai Lama, stop lying,” these protestors appeared intent on denigrating the name of the Dalai Lama. As such, their activities have become a source of concern for millions of Tibetans and Buddhists worldwide. In particular, to the Tibetans inside Tibet, who struggle to save their culture, language and identity under difficult circumstances, the sight of their revered spiritual leader being subjected to insults is a source of deep sadness. (Nonetheless, at gatherings of Tibetans in Vancouver, Birmingham, Boston, and New York in October/November 2014, His Holiness advised Tibetans not to feel angry towards the Shugden protestors.)

What exactly are the allegations of the protestors? What are their demands?

1) The protestors claim that His Holiness has imposed a ban on the Shugden practice and demand that this supposed ban be lifted.

This allegation is totally baseless. To begin with it reflects ignorance of the Tibetan Buddhist system, where no such procedures as banning or excommunication exist. Unlike, for example, the Pope in the Roman Catholic tradition, who appoints and has jurisdiction over every bishop throughout the world, the Dalai Lamas have no legal authority over any lama or monk whatsoever. It is true that, as the spiritual leader of Tibetan Buddhists worldwide, His Holiness has advised his followers, since the mid -1980s, of the potential negative consequences of Shugden practice, which has been historically associated with extremism and sectarian intolerance, but this is a matter of counsel only. His Holiness’s aspiration is to see the emergence of a Tibetan Buddhist tradition where members of all main lineages – Nyingma, Sakya, Kagyu, Geluk, and Jonang – coexist within a genuine spirit of harmony and pluralism. But he cannot bring this about by force. Yes, His Holiness takes a strong position when it comes to sectarian intolerance.  However, the Dalai Lama has repeatedly stated, “It’s my moral responsibility to tell others what I believe to be beneficial or harmful. In the end, it’s up to each individual to decide whether or not they heed my advice.”  The only thing he has asked of others is this: Those who wish to receive formal Buddhist teachings that require the establishment of a guru-disciple relationship with him do not engage in the practice of worshipping the Shugden spirit. This is because, in Tibetan tradition, the guru-disciple bond is considered sacred.

In brief, there never has been an official ban on Shugden practice as alleged by the Shugden protesters. Those who, for whatever reason, continue to feel attached to Shugden practice are entirely free not to consider the Dalai Lama as their spiritual leader. It is their choice and we respect it.

2) Shugden protestors allege that there exists systematic discrimination against Shugden practitioners within the Tibetan community and that their human rights are being violated.

Here, as the Central Tibetan Administration (CTA) has consistently stated, there is no discrimination against any Tibetan based on their religious or any other proclivity. Whether it’s admission into schools, access to higher education scholarships, Tibetan travel documents, or access to retirement homes, there is absolutely no discrimination based on Shugden worship. In all these services related to education, health and social welfare all members of the Tibetan community in exile have equal rights.  In fact, Amnesty International (June 1998) and the National Human Rights Commission, New Delhi (19 December 2007) looked into these allegations of alleged human rights violations and found them to be entirely without foundation. It is possible that individual Tibetans feel aggrieved that Shugden followers show disrespect to the Dalai Lama, but His Holiness has told Tibetans that they should not feel anger towards these people.

3) Shugden protestors raise the issue of some Tibetan monasteries in southern India expelling monks who do not abide by monasteries’ regulation against the sectarian Shugden practice.

This situation must be understood in its proper context. Traditionally, membership in Tibetan monasteries is based on two sets of regulations – an individual’s observance of monastic precepts taken at the time of ordination and a set of regulations pertaining to internal monastery discipline. While the monastic precepts date back to the time of the historical Buddha, the internal disciplines governing the actual day-to-day activities of the monastery have always evolved and adapted in accordance with time and social and cultural environments. To use a modern analogy, the regulations pertaining to a monastery’s internal discipline resemble the by-laws that govern the membership of a specific community or a club.

Those members who do not wish to abide by the monasteries’ internal regulations have now established their own communities. They were given land, infrastructural facilities, as well as a fair share of monasteries’ assets so that they could establish their own monasteries. Today, two such communities of Shugden worshipping monks – Shar Ganden Ling and Pompor Monastery – exist alongside the mainstream monasteries in the south Indian settlements. These two monasteries are totally free to practise worship of Shugden, while being part of the Tibetan exile community in southern India. This is an important fact anyone can witness on the ground.

We respect everyone’s right to express their opinions freely. If the Shugden protestors believe they have legitimate concerns to discuss, we welcome the opportunity to address these in a civilized manner. However, since the professed reasons of the Shugden protestors – that there is a ban and that Tibetan Shugden worshippers are discriminated against – are baseless, many wonder what might be the real motive behind this campaign against His Holiness the Dalai Lama? Is it simply to defame the name of one of the world’s most respected spiritual leaders and the beloved leader of the Tibetan people? What really is behind this current campaign to undermine the Dalai Lama’s efforts to promote peace, human values and inter-religious understanding around the world? Who stands to gain by disparaging the Dalai Lama’s name?