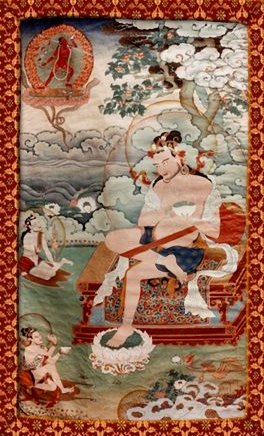 The intrinsically liberated original nature of mind:
Don’t let it be constrained by the knot of conceptual activity.
With body and all resources,
Day and night make offerings to the Precious Treasure of the Teacher.

All day and all night, practice the Transcendent Dharma:
When seeing that this has true essence,
If meditation is cultivated upon fathoming its great significance,
Visions of experience will come to dawn.

And so it is that, since no colophon is written here, one should be written, as found in the other texts. This note was written by the Karmapa of the Snowy Mountains (gangs-ri karma-pa).