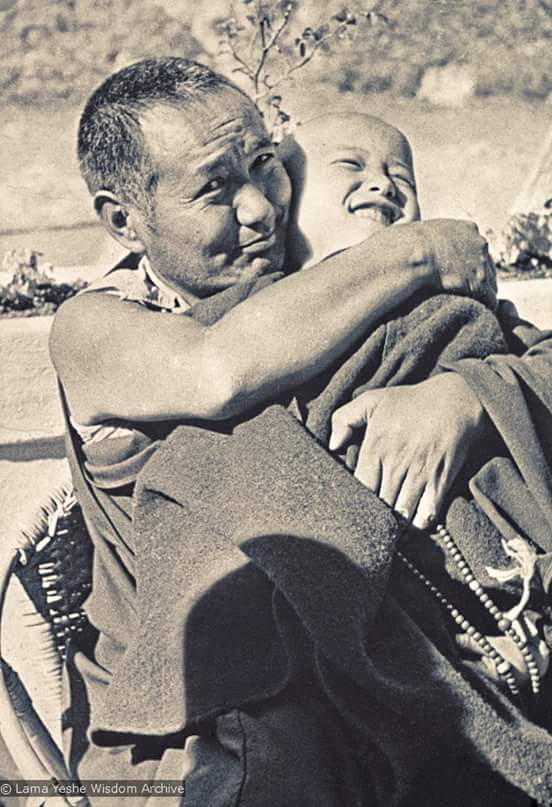 The characteristic nature of all of Lord Buddha’s teachings and methods is psychology and knowledge wisdom. And what he taught was not just theoretical but practical and based on experience.

In general, theories and ideas are inadequate if they lack the key of understanding. We need to know how to put them into practice. Because of this, the Tibetan tradition has always emphasized the importance of passing the experiential lineage, not just the theories, from guru to disciple, and in this way the living teachings of the Buddha have come down to us today.

There are four different schools of Tibetan Buddhism but their similarities are far greater than their differences. They all contain the complete methods for reaching enlightenment, from beginning to end, and all practice tantric yoga, the Vajrayana. But while they all have the same methods, some emphasize certain meditation techniques over others. That’s the main difference. But they’re all equally Mahayana and all practice both Paramitayana and Vajrayana.

While the Hinayana, the Southern School of Buddhism, contains neither the practices of the Paramitayana nor those of the Vajrayana, it in no way contradicts the Northern, or Mahayana, schools. Lord Buddha sometimes said “yes” and sometimes said “no.”

We can understand what he meant by looking at how a skilled physician treats a patient. When somebody is sick the treatment can vary during the course of the illness. For example, at first the doctor may recommend fasting, but later, as the person recovers, the doctor may recommend meat and other heavy foods. When that happens you don’t get angry with the doctor for contradicting himself: “First you said no, now you’re saying yes! Don’t you know what you’re doing?” No—rather you think how kind and wise he is.

It’s the same thing with Lord Buddha’s teachings. Different people need different methods. For example, I’m a monk. I took my vows on the basis of my own decision. Strictly interpreted, according to the vinayarules I’m not supposed to stare at women’s faces. I can look at men but not at women.

The Mahayana view qualifies this. For monks, just looking at women isn’t the problem; it’s looking at them with an attached, grasping mind, with craving, emotional desire. That’s what disturbs you. You can’t say that just looking automatically means you’re sick. It depends on your mind.

Similarly, Lord Buddha never said that monks can’t touch women, just like that. He never proscribed any actions without explaining why and under what conditions. Lord Buddha’s vinaya psychology is incredible. He explained in minute detail with what kind of mind, what kind of attitude, you should avoid doing this or that. He never, ever said, “You can’t do that because I said so.” There’s a profound psychology behind all his teachings.

So, monks cannot touch women with craving desire and nuns can’t touch men with craving desire. Doing so makes you lose conscious awareness. That’s the danger. If you have the power to stop your finger from burning, you can stick it into a fire. But if you don’t and your finger will burn, why stick it into a fire? That’s all Lord Buddha is saying. Anyway, whether or not something will burn when it’s put into a fire depends on what kind of material it is. It’s not automatic that whatever’s put into a fire will burn.

So you can see that there’s no contradiction between the Hinayana and Mahayana schools of Buddhism. And with respect to the four Tibetan schools, there’s no such thing as “this one takes this kind of precept, that one takes a different kind.” All four schools take the same precepts.

Also, it’s not necessary that everybody who wants to practice Buddhism takes ordination as a monk or nun. The Mahayana offers people many different ways of practicing Dharma. In particular, the Mahayana does not emphasize external signs of practice; those are not important. What matters is mental attitude. On the other hand, the Hinayana, or Theravada, school does emphasize physical actions—how you act and so forth. Some of their rules are very strict and definitely needed. But none of this is contradictory.