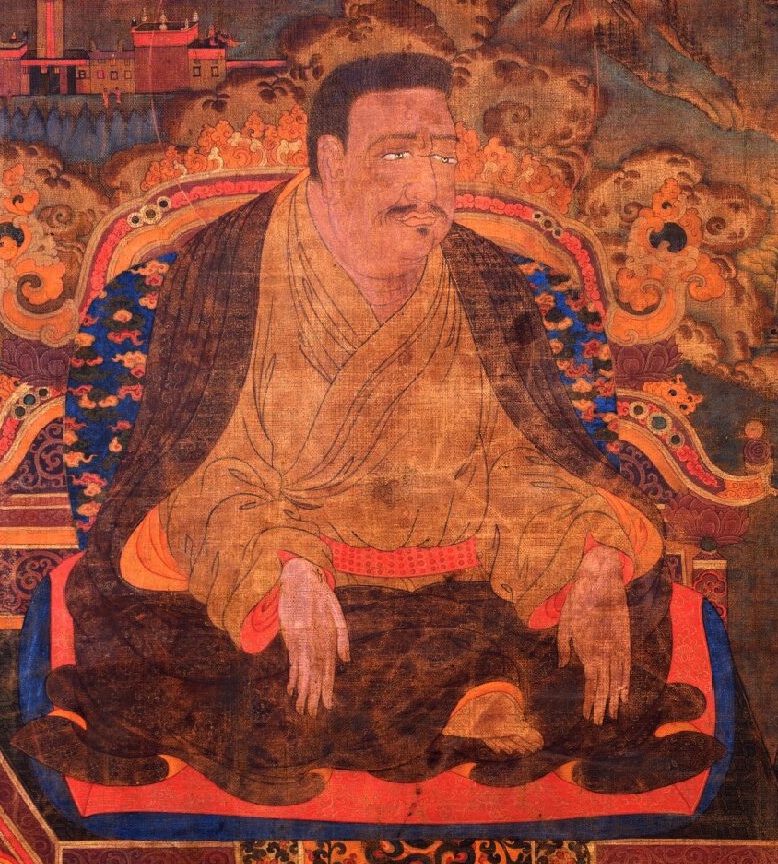 OṂ SVĀSTI.
[“May all be auspicious.”]

I bow at the feet of the Precious One.
On the marvelous lotus in the sky,
There are thirty-seven pollen beds.
On each and every one of those pollen beds,

Are inconceivably many millions of light-beams.
That is the natural condition of Nirvāṇa.
As for the sole rabbit’s horn supreme,
It beautifies well the twelve wrinkles;

Whomever it strikes is stirred with pain.
The Teachers, essential identity of the Buddhas throughout the three times,
Who are endowed with kindness,
In the fathomless mansion of original deep wisdom,

Reveal the nature of mind in the aspect of Deities of the Absolute Body (dharmakāya).
O Vajra Brother of indestructible realization,
Although the lands we live in have become different,
We meet ultimately, beyond convening or parting.

The one innermost intent to the meaning of the natural condition,
And the three of View, Meditation and Conduct,
Are not encompassed by expression with words:
In actuality, they go beyond intellect and are undefinable.

The innermost intent of the Buddhas throughout the three times,
The spoken dialogues of the Oral Transmissions [Kagyü] of yore,
And the experience of the Yogi, these three,
Can bring matters to resolution, right within one’s mind.

And so it was that the vagabond Buddhist priest, Sheyrab Yéshey, sent this to Lama Lhumgompa.

(Translated from the Tibetan by Erick Tsiknopoulos, March 2016.