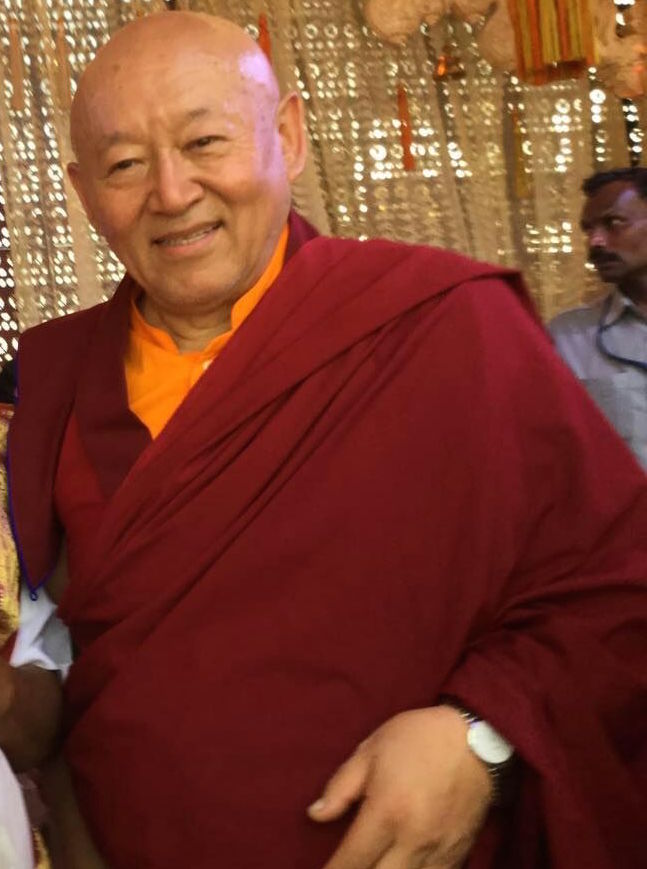 His Holiness The Drikung Kyabgön, Chetsang Rinpoche: Nothing could possibly come into relative existence without the ultimate grounding in emptiness.

1 – His Holiness The Drikung Kyabgön, Chetsang Rinpoche: Amitabha Buddha and the Pureland of Dewachen.

This morning His Holiness is going to give teachings concerning Amitabha Buddha, the Buddha of Boundless Light, and His Pureland. In conjunction with the teachings in general, this afternoon, His Holiness will teach how to obtain the transference of consciousness to the Pureland of Amitabha Buddha through this practice. Specifically, He will teach you how to practice the text of which all of you should get a copy. It is the daily sadhana for the practice of Amitabha Buddha. Yesterday, you received that empowerment.
His Holiness The Drikung Kyabgön, Chetsang Rinpoche.

Generally, it can be said that there are many purelands, many paradises of Enlightened Beings we call Buddhas. The Pureland of Great Bliss of the Buddha of Boundless Light, Amitabha, is quite a unique place. There are purelands in the four directions, East, South, West, North, and in the center. Among them, the Pureland of Amitabha is the easiest to get to and therefore quite special. By formulating a special aspiration to be reborn in the Pureland of Great Bliss, one can accomplish the transference of one’s consciousness to that pureland. The power of prayer, the power of devoted and fervent aspiration, is all that is necessary. It is said that the Pureland of Amitabha Buddha, in relation to our universe, is in the western direction and above our universe. We have to adopt a cosmic view and realize that there are many world systems throughout space. This is a very vast system of which I am speaking. Let us get our bearings here. What I am speaking of, in terms of the grand scheme of things, works like this: Lord Buddha Shakyamuni is the chief enlightened being in one great chiliocosm. This means that our entire known universe, with its suns and moons and stars and planets, is one unit. Multiply that by one thousand and then multiply that by one thousand and multiply that by one thousand. That is one trichiliocosm. Lord Buddha Shakyamuni is the lord of one of those. The realm of the Buddha of Boundless Light goes beyond even that cosmic scale. I am teaching right now, from a prayer for expressing this powerful aspiration to be reborn in the Pureland of Great Bliss, composed by Karma Chagne Rinpoche. In the prayer, Karma Chagne Rinpoche says the Pureland of Great Bliss is on such a vast scale, so greatly distant from our ordinary reality, our flesh eyes can never behold it. It is not something that can be beheld physically. It is so vast; its scale is incommensurate with any kind of scale we know that it is beyond the possibility for our senses to perceive. It is so far and vast, so completely beyond our abilities to measure. We can see stars and travel to the moon, but we will never be able to appropriate to the reaching range our senses the actuality of Land of Great Bliss. It is that vast and distant from our ordinary thinking and perceiving. In that sense, it cannot be reached by any material means. However, our own minds, when purified, when stripped of their faults, when returned to their own primordially pristine condition can directly experience the reality of the Pureland of Great Bliss.